The Outcome Bias: What it is, and how to avoid it

The outcome bias is the tendency to judge a decision by its outcome, rather than by the quality of the decision process. Understanding it will make us better decision-makers and investors. 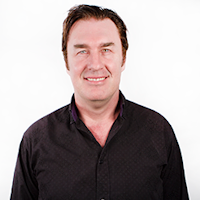 In 1988 researchers Baron and Hershey presented a hypothetical scenario, whereby a surgeon had to decide on whether to perform a risky surgical procedure on a patient. The odds of success were high, and the risk of failure (i.e. the patient dying) was low.

The researchers had identified for the first time, the outcome bias, which is the tendency to judge a decision by its outcome, instead of the quality of the decision at the time it was made.

Now consider this hypothetical: A family is struggling financially. To alleviate their ills, the parents go to the casino with their $2,000 savings. Fortunately, lady luck shines on them, and they win $20,000. Did they make the right decision to go to the casino?

According to the outcome bias, the answer would be ‘Yes’, because they won $20,000. But the answer is actually ‘No’, because being a casino, the odds were stacked against them, and they were likely to lose their savings.

When we judge a decision solely by its outcome, it can lead to faulty conclusions, which can then lead to poor decision-making in the future. For example, in the big win at the casino, it could result in the couple returning to the casino every time they have financial difficulties.

When we are influenced by the outcome bias, we don’t factor in the role of luck or other factors that may have given rise to the outcome.

In sport, the outcome bias is especially prominent. For example, in the AFL a coach might be sacked if the team finishes bottom of the ladder. The coach, however, may actually be a great coach, but has either had a very ordinary team to work with, or has had bad luck with injuries.

The outcome bias is also prevalent in investing.

Let’s say an investor bought into the market in August 2021. Given the market is now slightly down, that investor may now be thinking they made a bad investment decision. However, this is just focusing on the outcome.

At the time the investment decision was made, everything about the decision may have been right, especially if they were investing for the long-term.

Investors never have the benefit of hindsight when they invest, and never will, so it’s the decision-making process that’s important. And in this example, given the long-term nature of the investment, it is still likely to do very well.

We can also see the outcome bias on display when someone gets rich from a speculative share or cryptocurrency. Focusing on the outcome alone, may result in that person, or even a friend, trying to repeat the risky behaviour, except this time potentially with the opposite result.

When we focus on just the outcome, we are ignoring the role of luck. Even fund managers can be lucky (or unlucky) in the short-term, but over the long term, the impact of luck disappears. The best measure of a fund manager is their long-term performance.

Our focus should always be on continually improving our decision-making and investment skills, so that over time we’ll continually make better decisions.