The decision costing Aussies 45% of their wealth

If you're an Australian of working-age, chances are you're also an investor, thanks to mandatory superannuation.

Then there are the more than 11 million Australians who are retail investors, all united in the common goal of a comfortable life and retirement.

But millions of us are making a huge mistake – namely paying fees we shouldn’t be.

On a 30-year investment, an annual fee of 2 per cent means losing 45 per cent of potential portfolio value to fees,” the CEO of investment platform InvestSMART, Ron Hodge said on Monday.

As he explained, the eventual losses can’t be put down to fees alone. Rather, it’s a combination of fees and lost compounding potential that really stings.

“This is the hidden cost of investing. The higher the fees you pay, the lower the benefit of compounding on your returns over time. Instead, those benefits accrue to someone else.”

It’s not just InvestSMART sounding the alarm. In fact, the investment platform referenced ASIC’s MoneySmart fee calculator. It found that a 2 per cent fee for a managed fund on a $100,000 investment over 30 years would mean $629,466 of potential earnings lost to fees. 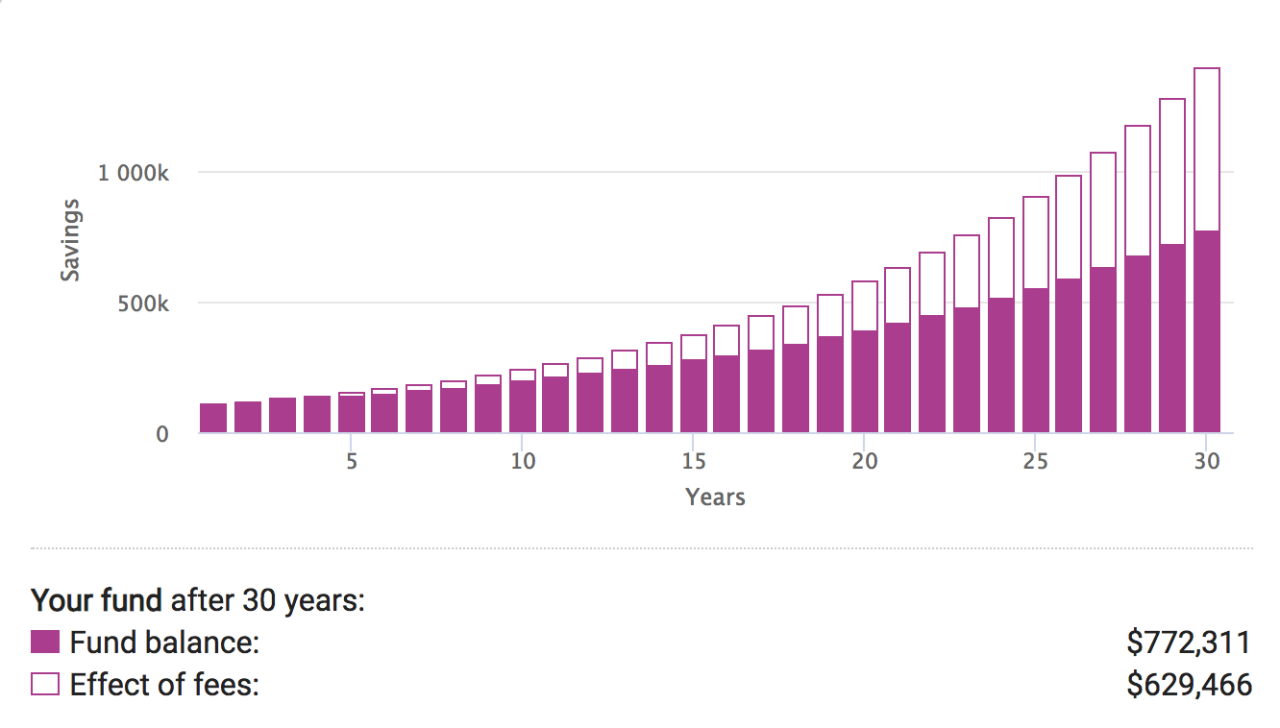 Bump that up to 3 per cent and the results are staggering. 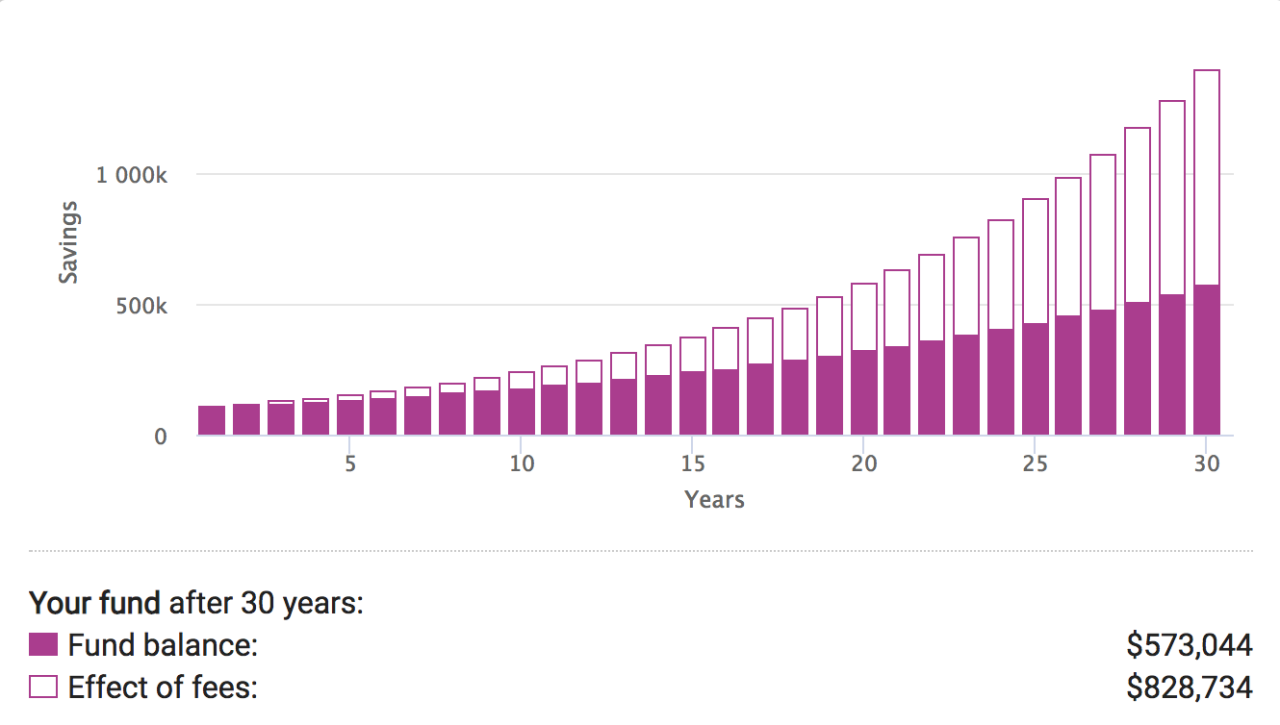 However, if the investment management fee is pushed down to 1 per cent, the effect is substantially lessened. 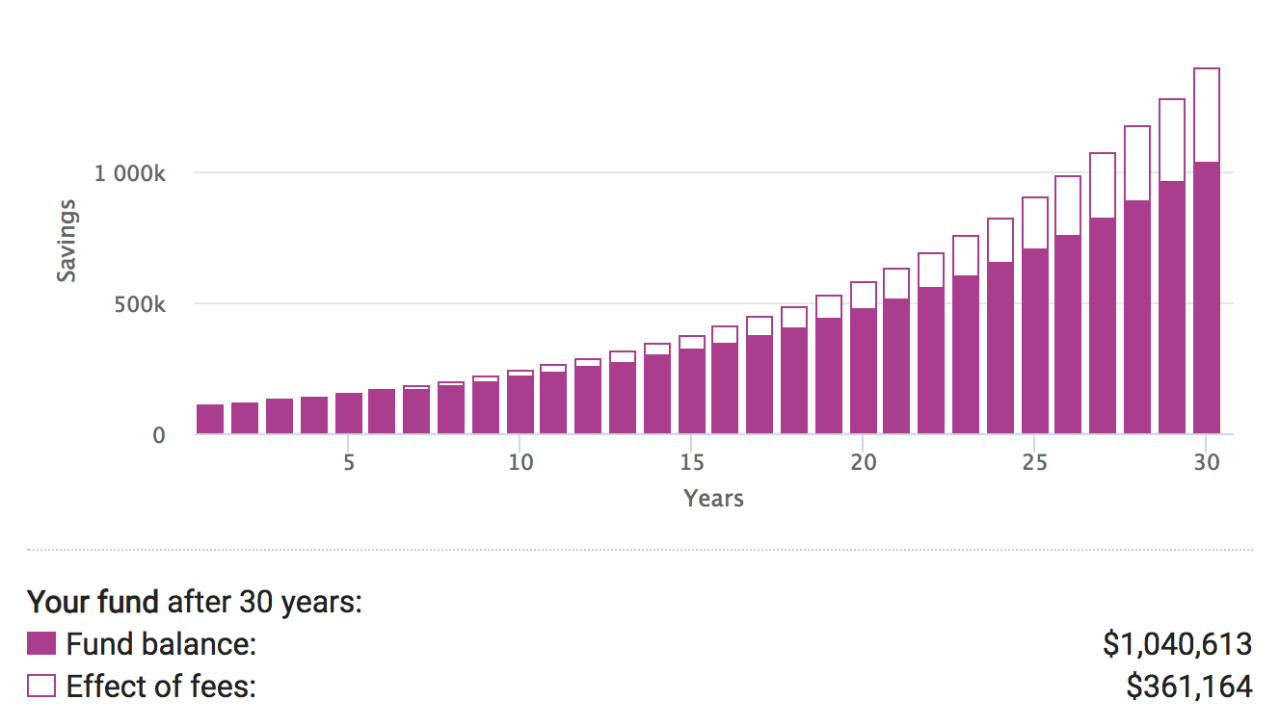 You can see where this is going. If your investment management fee was just 0.5 per cent your final balance is substantially better. 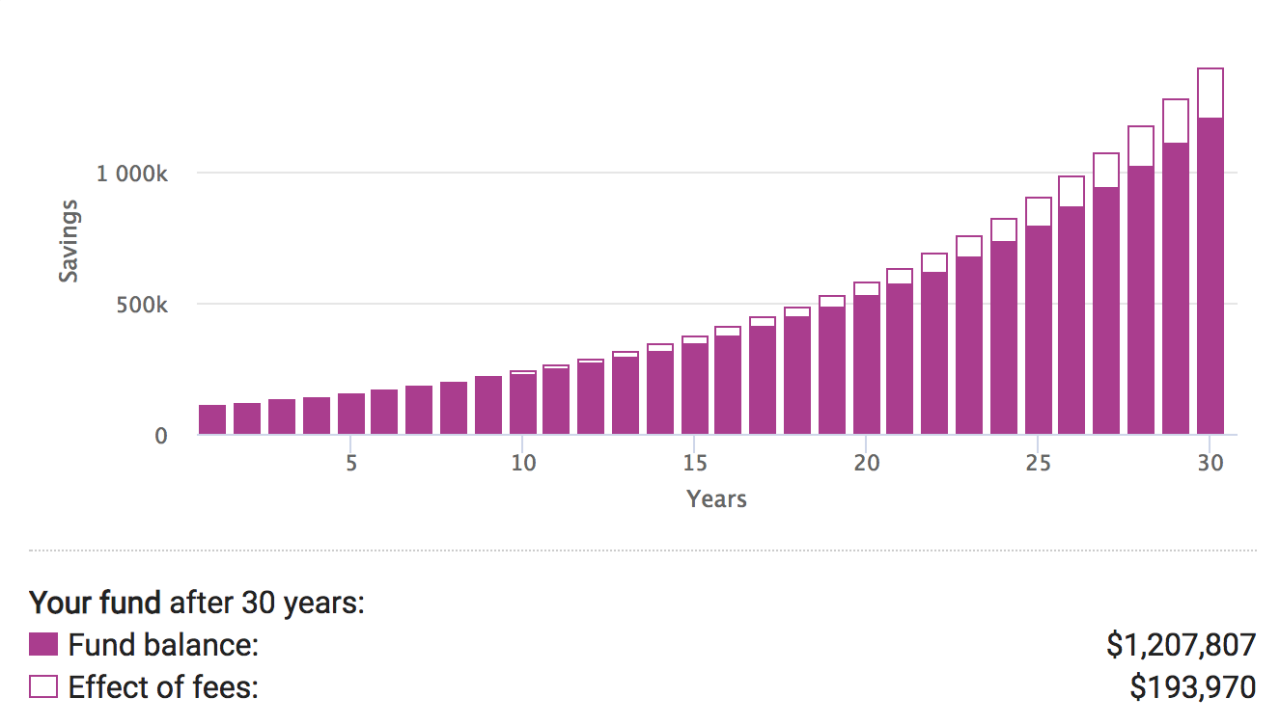 “In most cases, fees rather than returns will make the biggest difference to the quality of life in your later years. That’s something the finance industry prefers to keep quiet,” Hodge said.

“On the basis that ‘you get what you pay for’, fund managers justify high fees with the promise of higher-than-average returns. But… that promise is rarely met.”

InvestSMART analysis of Morningstar data found that of the active managers which tried to beat an index in the 10 years to June 2018, 78 per cent failed.

“So why not simply forget about outperformance altogether and concentrate on paying the lowest total percentage fee possible?”

This week, the investment platform announced it would place a dollar cap, rather than a percentage cap, on investment fees of $451 a year for investors with at least $82,000. For investors with lower balances, fees for the InvestSMART Diversified Portfolios start at $99.

“This makes a huge difference to long-term returns, whatever the investment amount.”

The same goes for superannuation

Up to $17.4 billion paid in superannuation fees last year could have been saved if fund managers chose to use low-cost indexing options, the CEO of online investment adviser Stockspot, Chris Brycki said last month.

An index fund is a fund with a portfolio built to track the components of a particular market index, like the S&P 500. They’re generally a lot cheaper because they don’t employ fund managers to pick shares.

Brycki said superannuation investors should try to have their super in a low-fee fund, ideally paying no more than 0.50 per cent in fees. And, if their fund is an index fund, even better.

“Over five years we found only 4 per cent of balanced funds beat an index fund with similar risk. Across all risk categories only 13 per cent of funds outperform the indexed option.

“They have a vested interest to appear to be ‘active’ in making adjustments to their recommendations from year to year. Almost invariably, assuming funds have the right long-term asset allocation in place, the best course of action is no action – to do nothing and to leave their fund as-is."

His advice to super savers? Pick the right fund based on your appetite for investment risk, and then pick the one with the lowest fees.