"APRA threw customers under the bus" 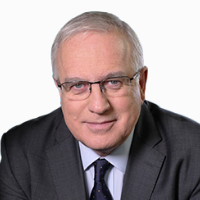 The following article appeared in Industry Moves on 13 December 2018.

Alan Kohler is embarking on a new journalistic adventure, as editor in chief of digital wealth platform, InvestSMART, following the merger of its Eureka Report publishing business, which Kohler founded in 2005, with Kohler’s new publishing business, The Constant Investor. Industry Moves asks Alan about the merger and about his career so far – the highlights and the lowlights. He also reveals his hidden talents, his view on financial literacy in schools and why we need an alternative to APRA.

What prompted the merger with InvestSMART

Well, Ron Hodge took me out to lunch and his idea of putting The Constant Investor together with my first start-up, Eureka Report, appealed to me enormously. It was a compelling proposal for subscribers of both publications.

Where do you think media is heading, and are traditional media companies ready for it?

Facebook and Google and the online classified businesses have more or less destroyed the business of print and online advertising, so media companies must ask their customers to pay. They understand this now and are working hard to make it happen, but it’s difficult since there is so much content available for free. I really don’t know where the media is heading.

What has been the highlight of your career so far?

Many highlights: being appointed editor of The Australian Financial Review and The Age; reporting on the floating of the Australian dollar and all the other economic reforms of the 80s and 90s; creating and then fronting the Inside Business programme on the ABC; starting Eureka Report and then Business Spectator; being inducted into the Media Hall of Fame; starting The Constant Investor.

And your lowest moment?

When I need more than five takes to nail the nightly ABC News finance spot.

You probably weren’t surprised by the revelations from the banking royal commission, but a lot of people were, how has the industry been able to keep these unhelpful (and sometimes unlawful) practices hidden from the general public for so long?

Because the regulators weren’t regulating. All industries need regulating to some extent. With the banks, the regulator – APRA – was constitutionally more concerned with the stability of the system than with the how the banks were treating customers. In my view, APRA threw customers under the bus.

How do we keep the momentum going from the royal commission and make sure financial institutions act in the best interests of their clients and customers?

A separate regulator, not APRA, needs to focus on bank customers, as opposed to the banks themselves.

Should financial literacy be included as part of the curriculum instead of allowing banks to offer these programs?

Perhaps. Far better would be a trustworthy financial advice industry. We don’t learn medicine at school because we don’t need to – we trust doctors to look after us. The same needs to happen with finance.

What would you tell your 21-year-old self starting out?

Use the power of compound interest. Start saving early and stick with it.

Do you have a secret skill or hidden talent?

I’m very good at chucking Frisbees, and I can read our Labrador, Maisy’s, mind. I know when she’s hungry.