The following article appeared in Senior News on 4 April, 2018 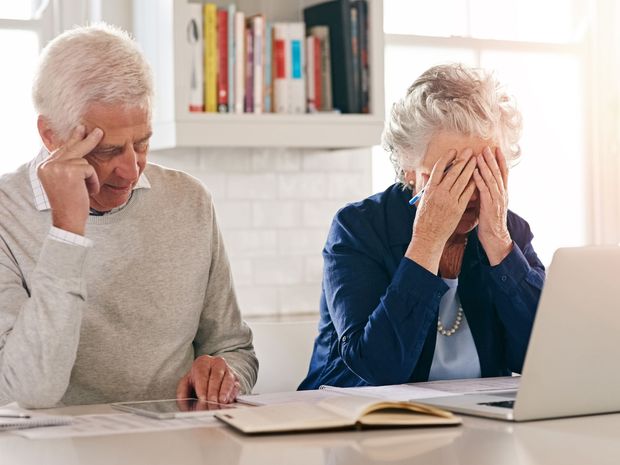 HOLD TIGHT: A week in politics is a long time, so stay tuned.

THE spectacular u-turn by the Labor Party on its plan to remove the ability of retirees on the pension who own shares to claim a cash rebate on the tax-paid company dividends is certainly a welcome step.

But it will do little if anything for close to 1 million Australians who are members of self-managed superannuation funds and many other self-funded retirees who fall outside of the age pension safety net.

If the ALP is elected at the next election, and manages to get its planned legislation enshrined into law, there is likely to be considerable upheaval in the retirement space as people are forced into selling assets, to shift capital into other areas, and perhaps even to sell and spend up some of their retirement funds to qualify for the age pension.

"Growing older is inevitable, ageing is optional": SIGN UP to Seniors News

Indeed, the latter strategy may become the favoured choice of many who are outside of the age pension qualification limits but who actually earn less from their retirement savings than those being paid a part of full government pension.

After weeks of pressure from the Federal Government as well as superannuation and financial lobby groups, Opposition leader Bill Shorten went back to the drawing board and came up with a new draft of his plan to tax retirees.

The political olive branch from the ALP is there would be a "Pensioner Guarantee" on its policy.

That means any pensioners owning shares and receiving either a full or part age pension, a disability support pension, carer payment, parenting payment, Newstart or a sickness allowance, would be able to avoid the planned dividends slug.

SMSFs with at least one pensioner or allowance recipient also would be exempt from the changes.

The revised plan will reduce the additional revenue Labor's policy was estimated to make in its first two years from $11.4 billion to $10.7 billion.

But even those revised figures show many Australians benefitting from the current dividends policy will still be caught in the crossfire. Those people are the trustees and members of SMSFs and other self-funded retirees, who will be bearing the brunt of this proposed legislation.

"We accept that there are still many members of SMSFs with very large balances (which Labor ignored when it did its comprehensive review of superannuation)," Rice Warner says. "If it is deemed that they need to pay more tax, there is a relatively simple solution. Simply have a limit on the total amount allowed to be held in superannuation at retirement."

"Potentially, these SMSF members are worse off than people with less savings but refundable franking credits and a part-pension," he said. "The end result is to reduce people's incentive to save for retirement to achieve self-sufficiency."