The following article appeared in The Australian on 14 November, 2017 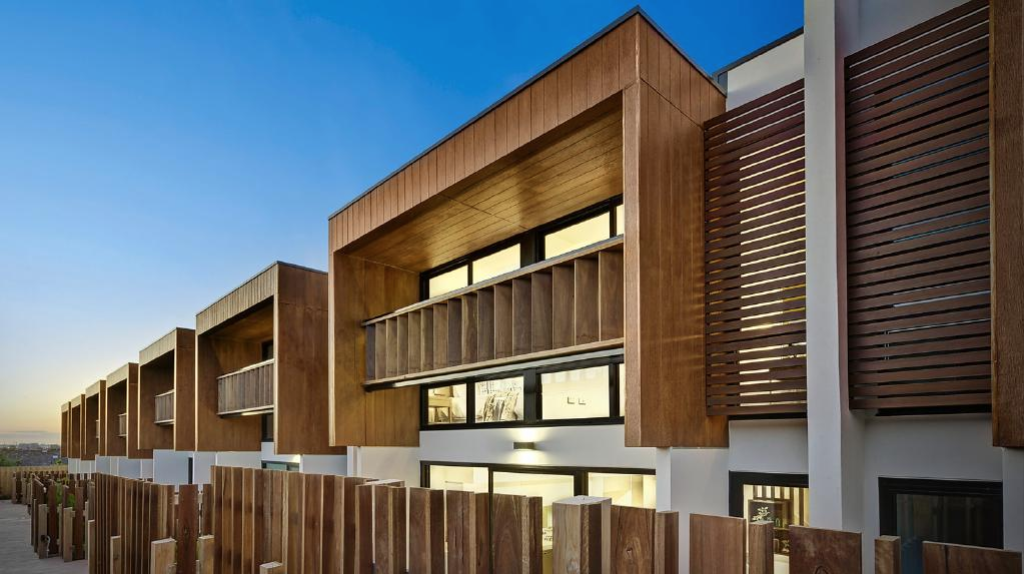 New townhouses are attractive to those considering downsizing the family home.

Australia’s property market could get an unexpected volume boost from the middle of next year when the federal government’s new home downsizing program, announced in the last budget, is due to come into effect.

That’s assuming the legislation passes and that a sizeable number of Australians take up the option of selling their principal place of residence to buy a smaller home, with a view to injecting more money into their superannuation.

Some may already be planning to downsize anyway. But doing so, without proper advice, could be a really bad financial move.

Firstly, here’s what the government announced in the May budget as part of a series of initiatives aimed at freeing up housing stock across the country for upsizers and younger families.

On the surface, the policy could be regarded as a win-win for retirees and those seeking out a home. However, before heading down the pathway to downsizing your home, it’s very important to tally up both the raw costs and the potential risks. Depending on your circumstances, including where you live and where you intend to buy, and your total assets position, selling up and buying another property could be a decision you’ll later regret.

As well as the substantial costs associated with selling and buying a property, home downsizing will likely result in many individuals or couples losing part or all of their existing or future Age Pension entitlements. Moving homes is never cheap, but there’s a stark difference in selling and buying costs based on location, and what you sell and buy.

Let’s take a look at the median costs of moving home in each of Australia’s eight capital cities, taking into account the general costs incurred when selling and buying.

Canberra is Australia’s cheapest downsizing capital for pensioners, with a median changeover cost of $23,497. That’s because all pensioners pay virtually no stamp duty on property purchases in the Australian Capital Territory.

Victoria has a full or partial stamp duty concession scheme for eligible pensioners, provided the value of a property does not exceed certain levels. Under those price thresholds, no stamp duty is payable. Darwin is the only other capital city to apply a pensioner stamp duty discount, taking $10,000 off the governing rate.

The median prices for houses and units in all the major cities are based on recent CoreLogic data, and calculations assume most individuals or couples who take up the downsizing option will sell a larger house to buy a smaller unit. That’s what downsizing is meant to be about. However, depending on which suburbs you are buying and selling in, the costs of downsizing may be much higher.

Total costs take into account the general costs of selling and buying, including fees, commissions and stamp duty. A standard real estate agents’ commission of 2.5 per cent and $5000 has been applied for marketing. These costs can vary considerably.

The same goes for a standard conveyancing cost of perhaps $1000 for both selling and buying. Typically, there are additional costs, mainly with selling a house, such as pre-sale repairs and maintenance, and sometimes for storing furniture. These can easily add thousands to the cost.

While it may seem a sensible strategy to inject more funds into superannuation to capture the benefits of tax-free income in pension phase, the end result could be financially disastrous.

Consider that the family home is exempt from the assets test used for calculating pension entitlements, while all other assets outside of the home including superannuation are taken into account. Average superannuation balances at retirement already put many Australians close to or over the pension assets test thresholds.

The thresholds were changed on January 1 this year to the limits in the table above. Any pension entitlements for individuals or couples are reduced by $3 per fortnight for every $1000 in assets above the new limits.

The recent asset test changes have already led to some people moving around their financial assets so they can receive the pension, including directing more money into their tax-exempt family home. Downsizing their home would therefore be an illogical move for them.

The impact of the assets test thresholds in relation to the downsizing scheme will vary, based on how much net cash is realised in each property changeover. However, it’s probable that many will exceed the asset limits by selling a home and depositing additional funds into their super account, even after the costs of purchasing another residence. As such, any tax savings on superannuation income earned in pension phase may be completely offset by the loss of pension entitlements and the costs of downsizing.

It will be critical that people receive personal financial advice, especially with respect to social security means testing, as selling the primary residence (exempt asset) and contributing proceeds into superannuation (counted against the assets test) may reduce, or even remove, their entitlement to the Age Pension.