In the midst of a pandemic, when many Australians are scratching for cash, it's ironic that there is over $1 billion in lost and forgotten money waiting to be claimed. 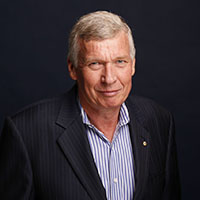 How good would it be to find you had a lazy few hundred – or even a few thousand, dollars waiting to be collected? Plenty of people do, they just don’t know it. Right now, it’s worth a look to see if you’re owed anything.

I checked recently, and our money watch dog ASIC, says the nation’s pool of unclaimed cash stands at $1.1 billion dollars.

If you've changed address, had a number of bank accounts, life insurance policies or different share holdings, there may be money waiting that’s rightfully yours. Or, you could have unpaid wages owing, super savings that you have forgotten about, or something as simple as a cheque that was sent to an old address.

The crazy thing is, some of the cash waiting to be claimed stacks up to serious dollars. Not so long ago the NSW state government reported $152 million in unclaimed deceased estates, share dividends and other payments. Among the homeless money was a trust fund worth more than $1 million. How do you lose track of that sort of money?

Meanwhile, at a time when around $18 billion has been withdrawn from super early to cope with the financial burden of COVID-19, there is still around $20 billion in lost and forgotten super.

To discover if you have lost money, jump onto the Money Smart website and look for Unclaimed Money. From here, there are three main sources to hunt for any cash owing to you – the Tax Office, which handles lost super, the revenue office of your state or territory, and the Fair Work Ombudsman, which handles any wages owing.

Tracking down and claiming any lost money should cost you nothing. In tough times, the sharks often start circling, and in the past I’ve come across operatives advertising to find your lost money for a fee. Chances are, we’ll see more of this sort of thing in the months to come. But there’s no need to pay at all.

Paul Clitheroe is Chairman of InvestSMART, Chair of the Ecstra Foundation and chief commentator for Money Magazine.