July in Review: 'And there was much rejoicing' 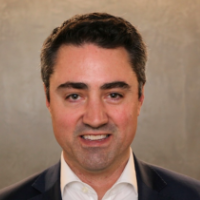 We get the feeling that markets right now resemble that scene from Monty Python and the Holy Grail – “and there was much rejoicing” – the ‘excitement’ is far ‘deafening’ even as markets ratchet ever higher.

Of the 23 MSCI developed equity markets, 5 of them made new record all-time highs and closing highs in July, while another 6 were with in 2% of their respective all-time highs.

Yet there wasn’t really any major rejoicing when markets breached these levels. The most unloved bull market in global history is rolling on as more and more investors are being left behind in a wall of cash.

Interestingly, the ASX was one of these markets, finally breaking the 1 November 2007 record high on July 30. However, as an aside, we here at InvestSMART aren’t all too interested in that capital record; we’re more interested in total return records.

Have a look at this chart, which perfectly illustrates why total returns should be your major focus:

The chart shows that if you were the unluckiest investor in the world and bought the ASX at the top of the day on 1 November 2007, then you finally broke even on July 30 on a capital basis. However, if you reinvested from November 1 and concentrated on total returns, then you would have broken even in 2013. As of July 30, you would have been up almost 69%. Food for thought.

Equities are not the only markets making record all-time moves. Bond markets have also been smashing records.

In July, the Australian 10-year bond yield made a new record low of 1.18%. European bonds moved further into negative yield territory to register new record lows, the most notable countries here being Germany, France, the Netherlands, Belgium and all the Scandinavian countries.

We need to single out a couple of regions here. Every single bond in Denmark’s yield curve turned negative in July. You can now get a Danish 20-year bond (their longest dated bond) for -0.1%. With the European Central Bank likely to cut rates in September, Denmark will not be the only country with every single bond on offer moving into negative territory – Germany is next, mark my words.

Then there is Ireland, a country that was part of the PIIGS (Portugal, Ireland, Italy, Greece and Spain) acronym during the Eurocrisis of 2011/12, a country that was on the verge of defaulting on its debt in 2012 when its 10-year bond yield hit a staggering 14.6% in August of the same year.

Compare that to July 2019 where it just made a record all-time low of 0.03%. Theory would suggest Ireland is now as ‘safe as houses’, but we don’t think that’s necessarily true. However, this does highlight the flow of funds into anything ‘risk-adverse’ and how far down the unconventional monetary policy path Europe has gone in the search for ‘whatever it takes’.

The question is, why? Why are growth assets, particularly those of the equities variety, powering on? Is there more to the moves in the bond market than just global economic slowdowns? And is cash really dead?

In short, July really has been the top of the climax of a thematic that has been playing out in global markets since December last year, which is the forthcoming cycle of global monetary policy easing.

It truly is a global story. The Reserve Bank of Australia followed its June cut with a further 25-basis point cut at its July meeting. The European Central Bank, although it didn’t move on monetary policy in July, did outline a suite of policy changes likely to be enacted at its next meeting in September including cuts to the main deposit rate and the reintroduction quantitative easing (this mainly explains why most European countries have negative bond yields). The Reserve Bank of New Zealand is likely to cut the cash rate in August, and even the Bank of England is shifting its view to possibly easing policy in the near future.

However, the biggest development in the central bank world was the Federal Reserve cutting the Federal Funds Rate for the first time in 3878 days (10.6 years). It’s the second-longest streak in its history, the record being between mid-1942 to February 1954. The initial reaction, interestingly, was a negative one, as the market had priced in harder, faster, stronger cuts from the FOMC and more ‘dovish’ commentary.

Instead it was greeted with a bumbling chairman having to clarify answers and explain why the Board was cutting in the first place. We don’t expect that to happen again, instead, we expect that once the dust settles from the July meeting then markets will continue to trade on the premise of further cuts from the FOMC. Already October is being seen as the next likely meeting for the FOMC to bring out the scissors.

All this ‘excitement’ illustrates why we design our portfolios to smooth out volatility from such events. All our diversified portfolios have a certain percentage allocated to defensive assets, such as fixed income and cash, that act as a buffer and smooth out market gyrations. This percentage varies depending on your risk profile, with the more risk adverse you are, the higher the weighting to defensive assets.

However, over the past 8 months, defensive assets have boomed. Particularly the bond market. In fact, bonds have returned on a capital basis over 8.5%, exactly the kind of return one expects in equities, not fixed interest.

This increase in capital value, however, has impacted yield returns as discussed earlier. Some view this as a sign the world is becoming a more ‘uncertain’ place. However, that’s not the only interpretation, as it also means that markets see borrowing rates ‘lower for longer’.

No developed economy on the planet has long-dated bond yields above their 2007 levels. That suggests the market believes interest rates are unlikely to see upward pressure for a decade or more. This should give borrowers confidence that debt repayments will remain low to take on more investment risk in their business, growth programs etc.

On the flipside, low cash rates are killing cash as an asset. The average term deposit across the timeframe of 1-12 months is approximately 1.75%. Inflation currently sits at 1.6%. In real terms, cash is returning just 0.15% per annum. That is treading water stuff.

We reduced our cash holdings across all portfolios in July from 2% of the total portfolio to 1% to allow for better returns from other asset classes. We would also highlight the earlier chart around total returns as another reason to move out of cash. Cash is simply not an asset that will grow and return like its peers. In a market where cash is being squeezed, that gap in returns will get ever bigger as time moves on.

Feeling the squeeze on your term deposits? Click here to read our article on how a balanced portfolio could help.