It began with China and ended with Britain, and in the middle there was a fright about US interest rates. With all the excitement – and a trading range of 18% – it’s hard to believe that the All Ordinaries Index ended the 2015/16 year almost flat.

The sensitivity to interest rates gives a hint as to the market’s apparent resilience. When trouble looms, it sets back the timetable for interest rate rises and reassures investors, which is of course largely the point.

The alternative threat is deflation. An excess of that, though, and anyone with too much debt will quickly go bust – and governments round the world right now have too much debt. We’ve had a few rounds of money printing so far, but you ain’t seen nothing yet if deflation looks like settling in.

So we continue to believe that real assets – notably shares in strong cash-generative businesses – are the best place for long-term savings. The government’s debt is nominal (a fixed number of dollars), but its taxation receipts are real (floating along with economic performance) – so it’s a fair bet that it will ultimately favour the real assets. So it should, because they represent real investment in the economy.

While the All Ords only managed a 2.0% total return, though, this was dragged down by a lousy performance from the market’s biggest stocks, with the ASX 20 index registering a 7% loss, led by the big four banks. Since the ASX 20 contributes a little over half the All Ords, this means the rest of the index managed a gain of around 14%.

We haven’t seen much value in the market’s biggest stocks for some time, so our Growth Portfolio has been well positioned to benefit from this disparity, returning 13.2% in the year. Since it was set up in 2001, the portfolio has now returned 10.2% a year compared to the 7.6% return of the All Ords.

Trade Me and Sydney Airport were the biggest contributors to the positive performance in the financial year, combining excellent returns – 50% and 28%respectively – with decent portfolio weightings – 6.1% and 6.6% respectively at the start of the year. Trade Me’s weighting is now up to 7.7%, somewhat higher than our maximum recommended weighting of 6%.

We’re comfortable with that for the time being, but may look to take some profit if it rises much further. Note that our maximum recommended weightings are set with reasonably conservative investors in mind, and we won’t necessarily follow them in the portfolios.

We’ve already reduced our position in Sydney Airport – from about 8% to 5% at the time – and the stock has ended the year with a weighting of 5.0%. Again, we’re comfortable holding this high quality stock for the moment, but it’s not far below our$8 sell price and we’d likely take some further profit before it got there. Other shout outs go to Monash IVF (returning 48%), Fleetwood (34%), Virtus Health (35%), Hansen Technologies (27%), Seek (27%), Nanosonics (31%) and Washington H Soul Pattinson (24%).

GBST stock had recovered much of its ground before tumbling 24% at the end of the year following the UK’s decision to leave the European Union. With sterling falling 10%against the Australian dollar, GBST’s revenues in that currency – which amount to almost half its total – will take a similar hit on translation. The costs associated with those revenues, however, are also mostly in sterling, so we don’t see a structural problem. A slowdown in the UK economy may also delay some projects, but we expect the strong expected growth in the UK platform market to assert itself over time. The risks, however, have undoubtedly increased. 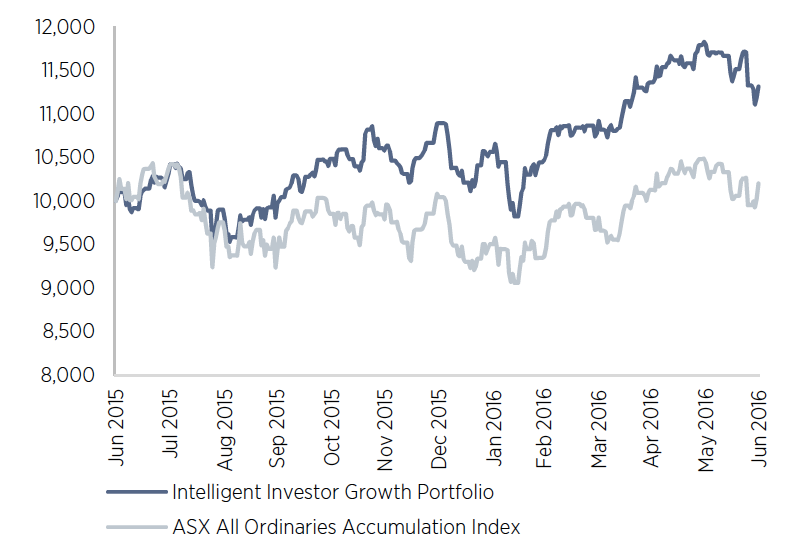 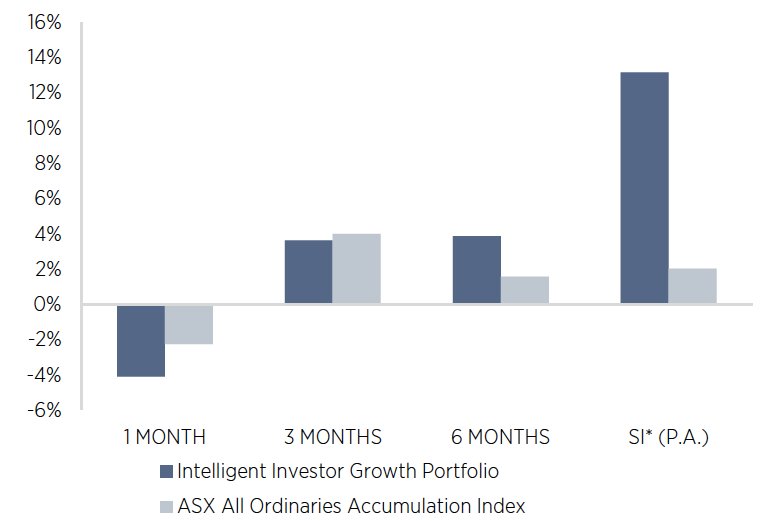