An investment lesson reaffirmed over a sandwich

The following article appeared in the Sydney Morning Herald on October 3, 2016 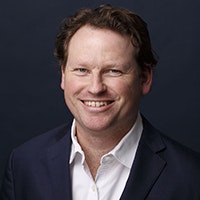 I was struggling to eat a steak sandwich one Friday lunch. It wasn't because it was fatty and sinewy, but because I was anxious.

Just before I went to lunch Fortescue (ASX:FMG) went into a trading halt. That morning I found myself curious about CFDs (contracts for differences). I'd opened an account with a reputable provider and had already made two small test trades. One successful and one not.

I was short Fortescue when it went into its trading halt pending an announcement. I had $50,000 riding on this and I was leveraged. Quite leveraged. Now you will understand why every mouthful was getting caught in my throat.

It was a fictional $50,000 thankfully. But I was still so anxious over the outcome. The CFD provider funded the account with a fictional $50,000 as a trial to get me in. The previous two trades I'd placed had opened my eyes to the short-term shenanigans going on in the market: people were buying, selling, gaining and losing in mere minutes – or less.

If you work for a listed company this is not in your mind at all. You're planning and creating things that will affect the business months and years ahead. Not seconds. This is the same way I think about shorting: when you short a stock you may have hundreds or thousands of people coming into work every day working against you. Doing their job so your trade goes against you.

By the time I got back from lunch Fortescue had come out of its trading halt and my account had been liquidated. After the halt, Fortescue rallied 2 to 3 per cent and that was it for me. My fictional fortune up in smoke.

What was I going to tell my fictional wife? My fictional kids? This was the last thing we needed. I felt fictitiously sick.

Even though the money wasn't real, the trade itself and the outcome mirrored hundreds of trades a day put on by real people with real money. People speculating and not investing. The mentality required to buy and hold successfully is rare – let alone the ability to bet for or against a company (you generally know little about) and remain sane.

The other real outcome from this experiment is my version of the sleep at night test: the enjoy a sandwich test. I have always been and will continue to be a long-term investor for a number of reasons but the simplest one is how money affects me mentally. We encounter enough short-term issues where money (generally the lack of money) increases an already stressful situation. We don't need to add more short-term stress and burden. Select your stocks carefully, stay for the long haul and enjoy your sleep and sandwiches.